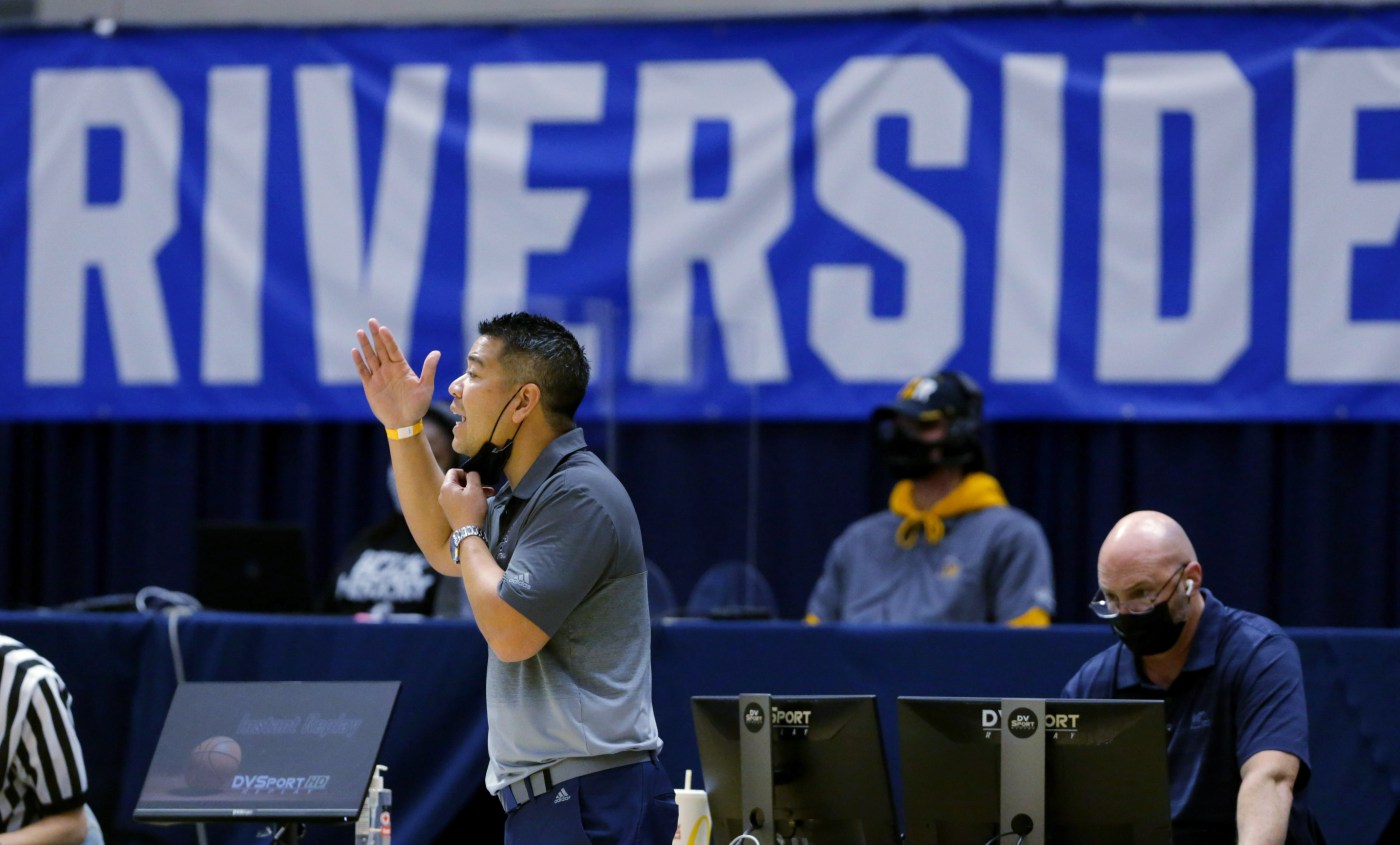 Consider it a stay of execution. UC Riverside’s athletic program will remain intact, Chancellor Kim A. Wilcox announced Thursday, avoiding termination and continuing on in Division I and in the Big West Conference just as it has for two decades.

So what happens now? More to the point, what needs to happen to make sure UCR isn’t again debating the future of its athletic program in the spring of, say, 2024?

And another question: Why did this threat of extinction, hanging over the heads of the school’s athletes, coaches and staff, and loudly broadcast to potential recruits, donors and fans, have to happen at all?

“The whole thing was unnecessary,” said booster and UCR Hall of Fame athlete Amy Harrison. “We’ve lost coaching, we’ve lost prospects, we’ve lost athletes. And I can’t imagine what it has done to morale for college athletes. They don’t have the sophisticated emotions to deal with this kind of stuff.”

But athletes, coaches and staff have persevered through the laborious nine-month process, and as interim athletic director Wes Mallette put it, “It’s the time that was taken to get us to where we needed to be, to get the outcome that that will push us forward.” It was either miraculous or a sign of pure grit that the men’s basketball team, the flagship program, had one of the program’s best seasons in the Division I era in the face of the uncertainty.

Thursday’s news – disseminated in a pair of statements by the chancellor and the AD on the university’s websites around 11 a.m. – prompted … what? Celebration? Or a deep, cleansing sigh of relief? It can be assumed that Wilcox listened to stakeholders in the Riverside community after the trial balloon of axing the program first went up late last August, following a recommendation of the university’s Budget Advisory Committee that put athletics No. 1 on the list of departments considered for elimination because of a projected budget deficit due to COVID-19.

The major takeaways: Athletics now will be merged into Student Affairs, which among other things will result in the elimination of redundant positions (some have already been pruned from the athletic staff) and may create additional opportunities for on-campus engagement. The department will be put on a three-year “financial and operational plan,” according to Wilcox’s statement, with an eye toward permanent budget reductions and an increase in revenue. Maybe most importantly, they’ll consider a student referendum on raising the Division I athletics fee from $105 a year, the lowest in the Big West and exactly where it was when UCR began its Division I adventure in 2000-01.

Wilcox declined further comment Thursday through university spokesman John Warren, which is too bad. I had looked forward to chatting with him about what happens now because if UCR athletics is to regain full health, the community engagement I’ve talked about for years is more important than ever.

Even before this uncertainty over the program’s future, UCR – which had a 17-year head start as the only Division I school in the Inland Empire – looked up at crosstown rival California Baptist in most metrics: Facilities, donor support, fan engagement, even something as small as getting the word out about its summer sports camps. And CBU just hired a guy with a reputation as a formidable fundraiser, Tyler Mariucci, as its new athletic director.

There are still true believers in UCR, and Mallette said the number of calls received voicing support and in some cases pledging gifts was “inspiring.” But the hard task begins now, block by block if necessary, to extend the program’s reach. And it doesn’t take large expenditures. We recommend speeches by coaches and administrators to every civic group available. Or after-school sports clinics featuring UCR athletes, to go with in-school reading sessions. Even putting up fliers or schedule posters on every Starbucks bulletin board within driving distance will help.

The current staff should emulate former athletic director Stan Morrison’s willingness at the start of this adventure to give his “Braveheart is alive” speech anywhere, anytime, even if it was just to two guys in front of a grocery store. As we’ve had to say far too often over the years, go where the people are instead of waiting for them to come to you.

Also: Get games back on terrestrial radio, promote (and improve the quality of) the game streams on the Big West portal, ramp up video and audio programming to make the athletic website a destination, and get T-shirts and hats into as many hands as possible, especially those of kids. And make each game a bona fide event. What about a tailgate on the turf of the track stadium before each basketball home game, with music, food trucks and games?

You’ve heard players and coaches talk about playing with desperation? This should be an experience that prompts UCR’s entire athletic department to play with desperation. (Some of these suggestions might be worth heeding at other attendance-challenged schools in the Big West, too.)

The two-decade Division I experience has been one of potential largely unfulfilled, but through this crisis has come opportunity. Mallette stressed the importance of the program’s culture since taking over for Tamica Smith Jones in January, and said Thursday “this whole operation is tighter than it’s ever been in these past 14 months.” He vowed that “three years from now, this thing is going to look a whole lot different.”

If that’s to happen, it will take a village.

A Front-Row Seat on the Spectacle of Ice