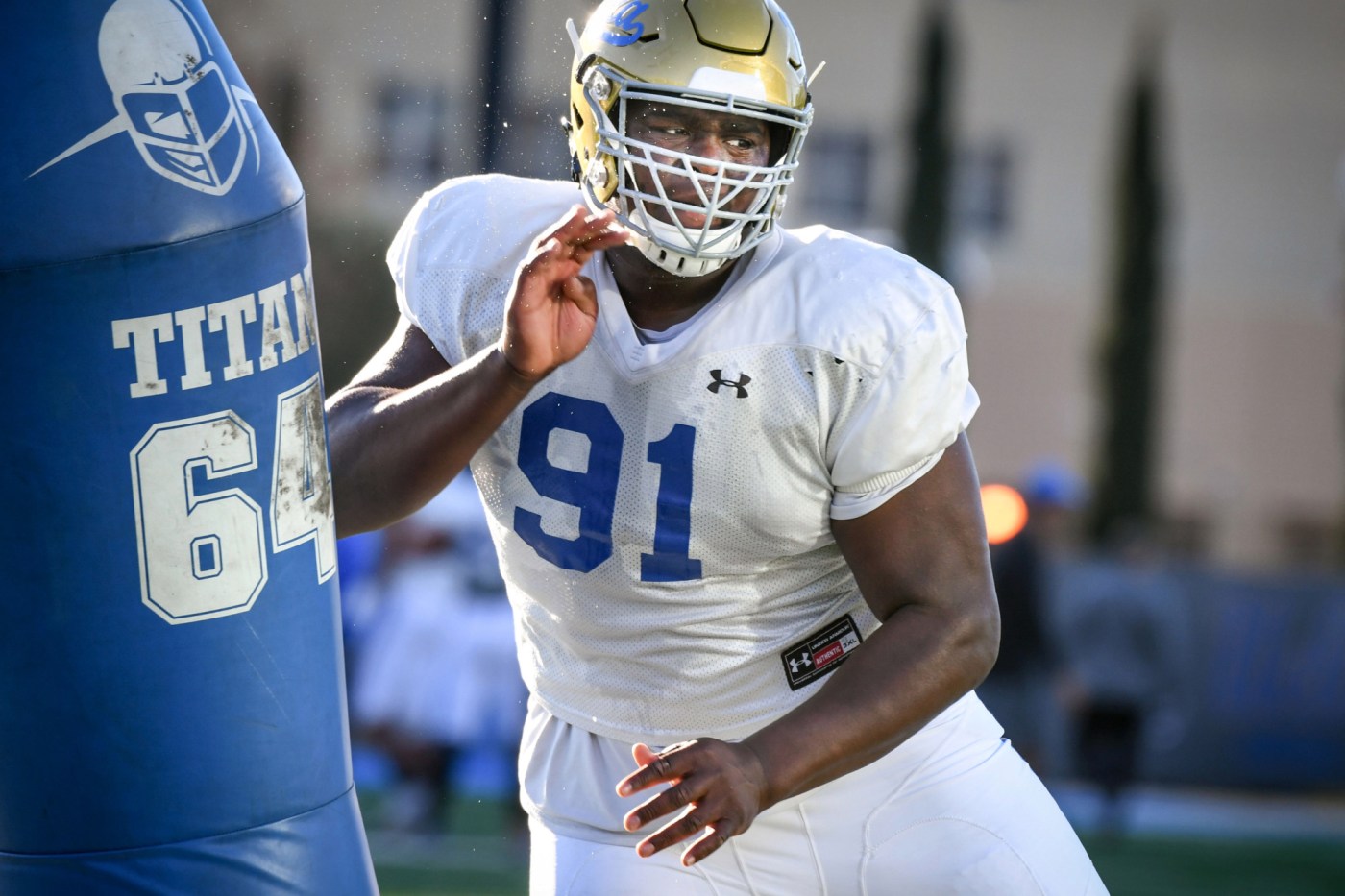 UCLA football coach Chip Kelly has a full understanding of the crossover between college football and the NFL, having coached the Philadelphia Eagles and the San Francisco 49ers before joining the Bruins.

Kelly will need to lean on returning players on defense to make up for the production of defensive lineman Osa Odighizuwa, who left the program with one year of college eligibility left to enter the NFL draft.

Odighizuwa was a 2020 consensus first-team All-Pac-12 selection for the Bruins, after recording 30 tackles (six for a loss), four sacks and four stops.

What the numbers don’t show is his ability to attract double teams from opposing offenses.

“Every year is a new year and you have to replace people, but for us there’s a bunch of guys (to depend on),” Kelly said. “That production can come from inside guys or outside guys. We don’t care where the production comes from, but Osa’s production would have to be distributed. It’s a big hole and question trying to replace him.”

“We are pretty excited about (Kaufusi) as he gets back into playing form,” Kelly said. “(Jackson) played for us at the beginning of last year but got hurt. He is coming back and participating during the spring.”

Andrus is back with the Bruins for a fifth year, but missed time in each of the past two seasons due to a torn ACL injury he suffered in 2019.

“We are really excited about Martin,” Kelly said. “He’s explosive and has a great first step. When he’s 100% up and healthy, he’s a real force.

UCLA’s offense continued to shake off the rust throughout the first full week of spring camp Friday.

As the Bruins continue to give some of the newer faces some reps in practice, signs of miscommunication have shown, including mishandled snaps between the center and quarterbacks.

“Spring is all about cleaning up things,” quarterback Chase Griffin said. “We have some new guys at (center) that are getting better each day. I feel like the snaps were better today compared to some of the other days.”

The quarterbacks are working with backup centers early in camp while starting center Sam Marrazzo continues to recover from an undisclosed injury he suffered against Stanford in the 2020 season finale.

“I love the big five up front, but we are missing Sam right now,” quarterback Dorian Thompson-Robinson said. “Jon (Gaines) is doing a great job right now being a leader for young guys like Bruno (Fina) and Beau (Gardner) at center.”

The Bruins return all of their offensive linemen, including Paul Grattan and Sean Rhyan, making it one of the strongest positions on the roster.