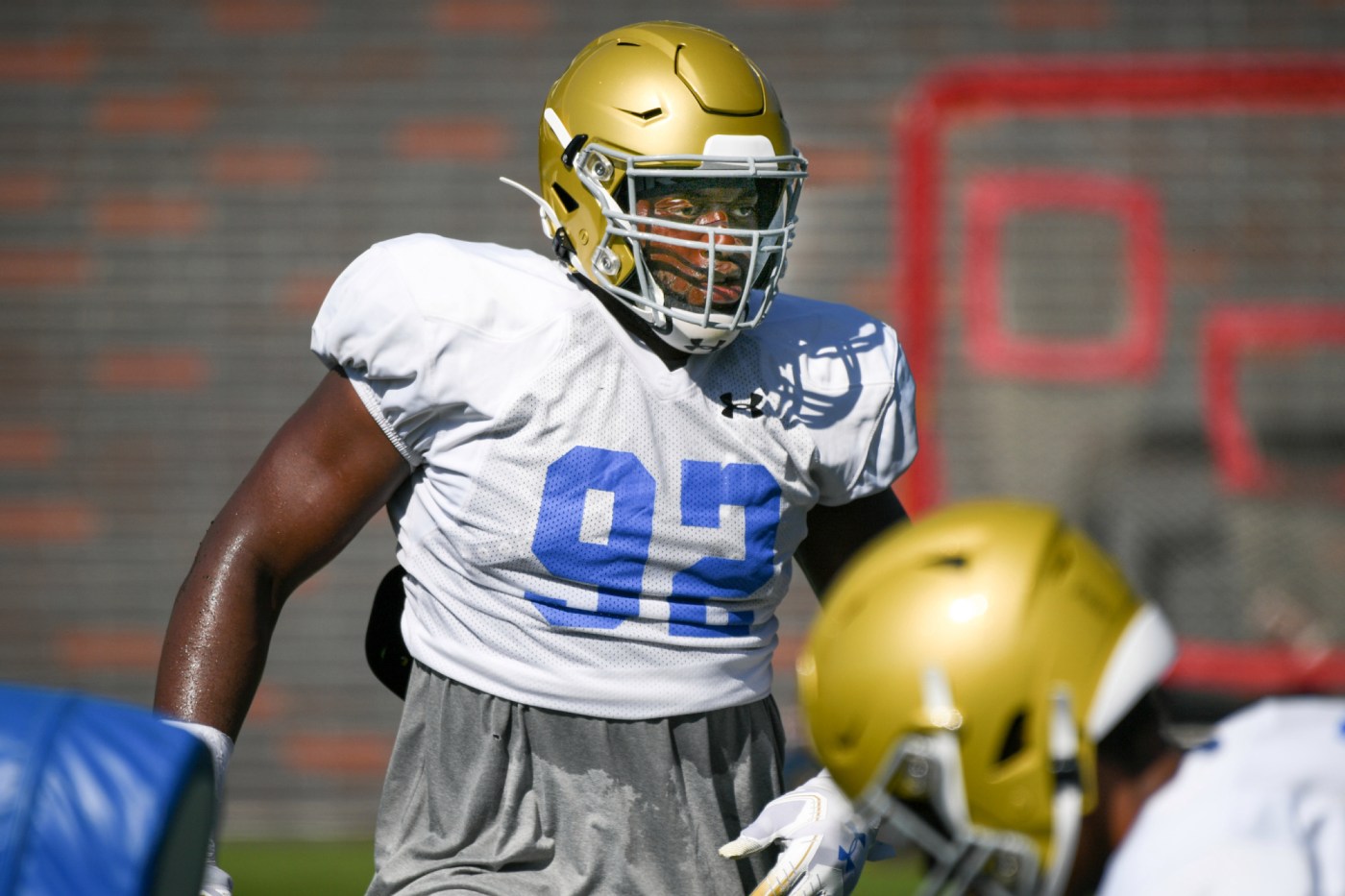 The Dallas Cowboys take UCLA defensive tackle Osa Odighizuwa in the third round of the NFL Draft with the 75th pick.

The 6-foot-2, 280-pound Odighizuwa brings versatility to Cowboys’ defensive line and has shown his explosiveness off the line.

Being a two-sport athlete at David Douglas High School in Portland was beneficial for the three-time state wrestling champion when it comes to his on-field technique.

Independent defensive line coach Eddy McGilvra worked with Odighizuwa throughout the draft process and believes his wrestling background will continue to be an advantage for him at the next level.

“Everything comes to him naturally because of wrestling,” McGilvra said. “He knows to use his leverage to keep his pad level low and use his feet. It will translate well for him against the run game when you have bigger guys leaning on you and trying to knock you away.”

Odighizuwa was a standout at the Senior Bowl, recording a quarterback hit and a sack.

Osa’s brother Owamagbe Odighizuwa was drafted by the New York Giants in the third round of the 2015 draft.

Brazil: agreement with Pfizer under negotiation for 100 million vaccine doses in 4th quarter