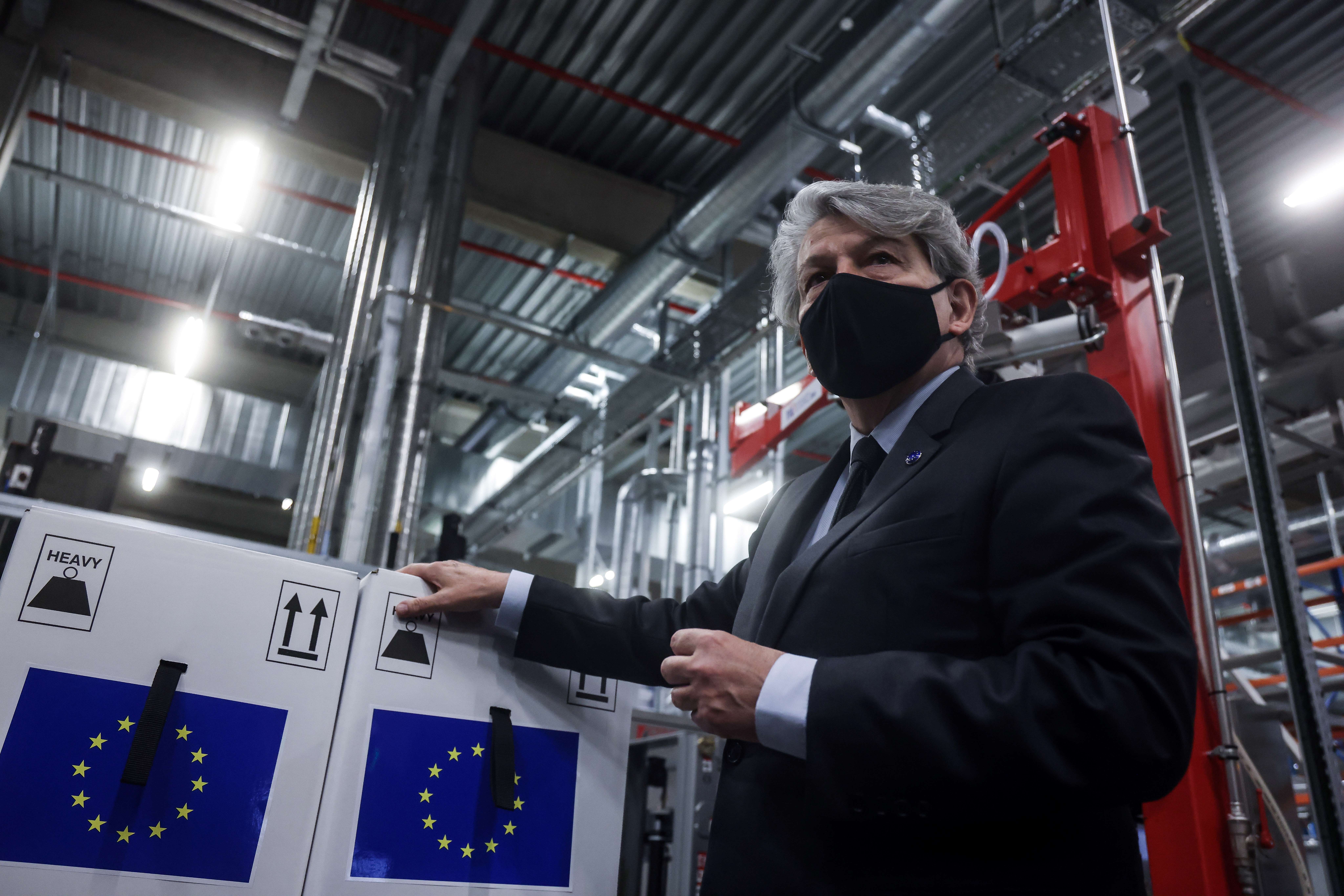 Press play to listen to this article

Britain’s foreign secretary accused the European Commission of “brinkmanship” after it threatened to cut off vaccine exports to countries that do not share their own supplies.

Amid an escalating war of words over global jab supplies, Dominic Raab said such spats were usually reserved for “other countries with less democratic regimes than our own.”

The pair’s comments came after European Commission President Ursula von der Leyen on Wednesday took a thinly-veiled swipe at the U.K., calling for “reciprocity and proportionality in exports” and threatening to cut off supplies to countries that do not export doses to ensure the bloc gets its “fair share.”

Britain has yet to disclose how many doses of any coronavirus vaccine it has exported beyond its borders, although it has committed funding to the global COVAX distribution scheme.

“These six last weeks, 41 million doses have been exported [from the EU] to 33 countries. And this shows that Europe is trying to make international cooperation work,” von der Leyen said Wednesday. “But open roads run in both directions. And this is why we need to ensure that there is reciprocity and proportionality.”

Hitting back, Raab told Reuters that Britain, “like our European friends,” was “keeping supply chains open.”

But he added: “Frankly, I’m surprised we’re having this conversation. It is normally what the U.K. and EU team up with [each other] to reject when other countries with less democratic regimes than our own engage in that kind of brinkmanship.”

Speaking at the daily Downing Street press conference on Wednesday evening, Hancock pointedly claimed the Oxford/AstraZeneca vaccine — whose use has been suspended by some European countries over safety concerns — as a British triumph.

The jab had, he said, been “produced from research that was funded by the U.K. government — tens of billions of pounds.”

Britain, he added, had “legally signed a contract for delivery of the first 100 million doses here for people in the U.K.,” describing the Oxford/AstraZeneca jab as “a U.K.-funded, U.K.-delivered vaccine.”

“The supply of vaccines from EU production facilities to the U.K. is indeed fulfilling contractual responsibilities, and we fully expect those contracts to be delivered on,” Hancock said.

Norway Will Not Use AstraZeneca COVID-19 Vaccine, Says Report

COVID-19 vaccine made by AstraZeneca will not be used in Norway. Norway: Norway will not

“One of the important things is don’t ever underestimate the situation,” Dr Fauci said about

Millions At Risk As Cities Fail To Adapt To Climate Change, Says Report

The vaccine’s protection is likely to vary from place to place due to virus variants.

US Took Note Of China’s Warning To Bangladesh Against Quad: Official

China has warned Bangladesh against joining the US-led Quad alliance. (FILE) Washington: The US has

Shardul Thakur has proved he can be an all-rounder: Bharat Arun