Velebit Mountains: Croatia has been hiding one of Europe’s great treks 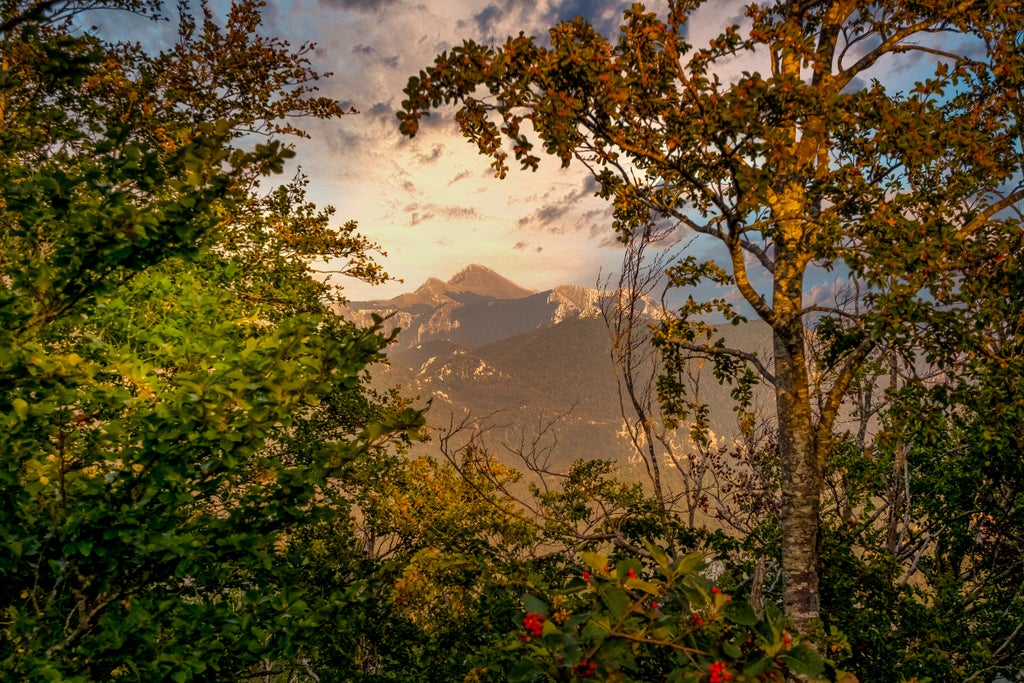 Concealed in the Dinaric Alps, separating continental Europe from the Adriatic coast, lie the Velebit Mountains – Croatia’s largest range and one of Europe’s most underappreciated landscapes.

There’s an alpine path that begins in Zavižan and winds its way southeast along and over the Velebit Range, which runs parallel with the Adriatic coastline. The trail works its way along the massif, effortlessly slipping from one landscape to another, flowing in and out of thick pine forest, down into steep rocky ravines, through sweeping grasslands and then up and over exposed ridges. Throughout, the shimmering island-speckled waters of the Adriatic are never far from view. Fortunately, neither is the cool sea breeze that brings welcome relief from the Mediterranean sun.

I was lucky enough to witness this spectacle firsthand last autumn, when I joined a five-day trek across the jagged limestone peaks of the Velebit. This is an area of Europe that is perfect for a post-pandemic adventure, one that’s easily paired with a more traditional, relaxing Croatian holiday.

Organised by Croatia-based hiking specialists Highlander Adventure, the 104km (65 miles) Highlander Velebit trail is best described as a semi-solo trek. Most of the logistics – local travel, food, campsites, maps and GPS files – are arranged for participants. Trekkers simply have to get to the start line, armed with hiking gear and tent. The event is non-competitive, but there are daily checkpoints where hikers collect dehydrated meals for the day and get logbooks stamped to gain a medal at the finish line.

I rocked up to the trek as a hardened solo hiker, somewhat sceptical about sharing the trail with scores of other participants. However, with start times carefully staggered to encourage social distancing, hikers quickly dispersed along the trail, moving at their own pace.

There are designated camping areas at each stopping point, but trekkers are free to pitch anywhere. Our evenings were sociable affairs, with hikers perched around campfires, sharing stories over a beer or two. On some nights, entertainment came in the form of talks or film screenings – including a photo essay from renowned Croatian mountaineer Stipe Božić, a seminar with the Croatian Mountain Rescue Service and a short film by local thru-hiker Nikola Horvat-Tesla.

The high point of the trek – both literally and figuratively – came on day three, as the trail reached a campsite charmingly placed in the lee of the 1,325m (4,347ft) Panos Peak. Here, walkers congregated to watch the sun slowly set over the sparkling Adriatic, beyond a tapestry of green slopes and stony summits.

The trail descends from the highlands via Velika Paklenica gorge, a steep-sided canyon known for its rock climbing and cave systems. The gorge then discharges hikers practically onto the beach at Starigrad-Paklenica, where we happily obliged by diving into the water, and then into the bars and restaurants that line the resort town’s waterfront.

The trek and its views are well worth travelling for, but since Croatia enjoys balmy days well into October and the country’s highlights are just a short hop away, autumn is a brilliant time to bask a little longer in this part of the world. After unlacing my hiking boots, I took a four-hour bus on to Split, from where you can take a ferry to several of the major islands including Vis, Hvar and Korčula, as well as the much-filmed city of Dubrovnik.

I chose the last of these – Croatia’s ancient walled city, which famously struggled with overtourism in pre-pandemic years, in part thanks to its starring role in Game of Thrones. But when I visited in late September 2020, with international cruises on hold, I found the city uncrowded and utterly delightful. I had the golden-hued city walls all to myself; I slept in a reasonably priced hotel right in the old town; I had my pick of restaurants and cafes without ever having to wait for a table. It’s highly improbable I’ll ever see Dubrovnik like this again.

In fact, this autumn may well be the last chance for anyone to see one of Europe’s busiest holiday destinations crowd-free – all being well, as the vaccine rollout continues at pace around Europe, the throngs will likely return next year. But there’s more to Croatia than sun, sea and GOT – the country is hiding one of Europe’s great treks, and there’s no better time to set off on it.

Zagreb can be reached by train from the UK in around 24 hours by catching the Eurostar to Paris, changing trains for Munich, and hopping aboard the NightJet sleeper service to Croatia from there.

Most hikers arrive in Senj the day before the trek starts, which is served by daily buses from Zagreb and Zadar. Organised buses shuttle hikers from Senj to the start line. The hike finishes at Starigrad-Paklenica where there are frequent buses to Zagreb, Dubrovnik, Split and Zadar.

There is limited accommodation in Senj, while Starigrad-Paklenica has a wider choice of beachside options.

The Highlander Velebit runs in late September every year – an ideal time to visit Croatia as it’s cooler during the heat of the day, but still warm enough to enjoy a swim.

The five-day trek costs €219, although early bird and group concessions are available. There are also shorter three-day and two-day options available.

Read More »
PrevPreviousOnly ‘one in five’ are wearing the right bra size: How to tell if yours is wrong, according to lingerie experts
NextFrance wants cyber rule to curb US access to EU data – POLITICONext

In praise of City of Churches