What will replace the traffic light travel system? 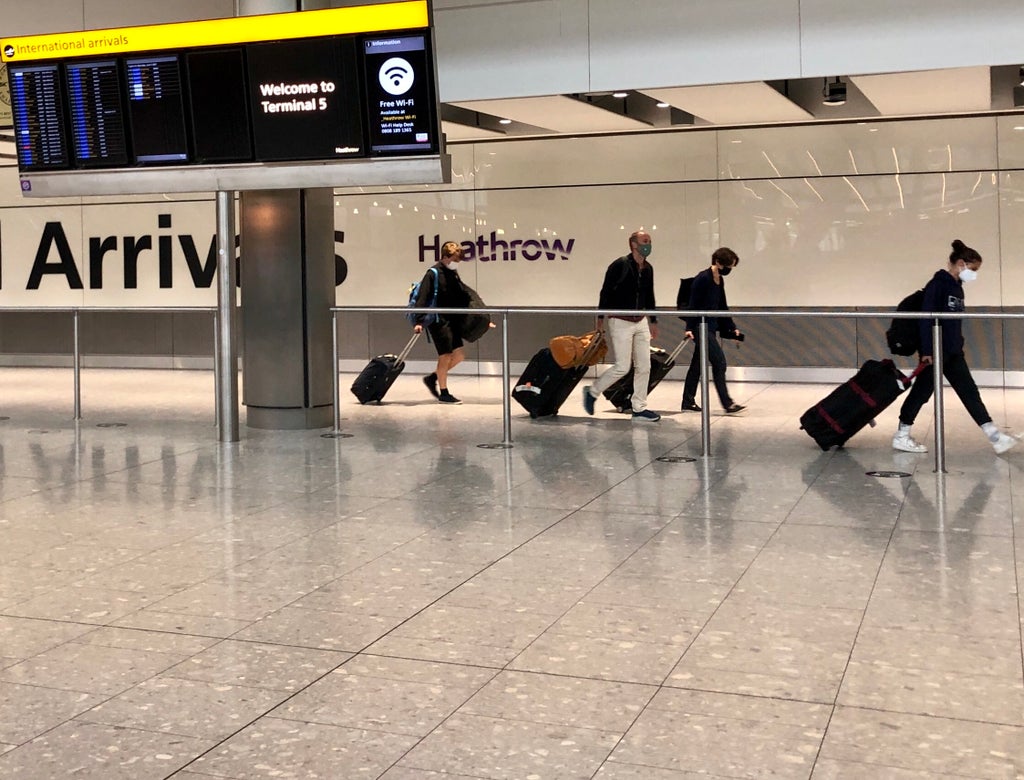 The “traffic light” system that governs international travel to the UK could be scrapped next month, according to reports. Travel industry figures are also calling for the onerous and expensive testing regime to be eased.

The UK is in the odd and counter-intuitive position of having both the highest Covid infection rates of any major European country and also the most draconian restrictions on arrivals from abroad. It means vaccinated British travellers to Germany need neither tests nor quarantine, but German visitors to the UK must take multiple tests.

So what could change? These are the key questions and answers.

A reminder of the present rules…

Nations (or sometime individual regions) are placed into one of five categories that decide how travellers are treated on arrival to the UK.

Ireland has been in a “super green” category of its own since the coronavirus pandemic began, with neither testing nor quarantine required for arrivals from the republic.

From the “green list” – including Canada, Denmark, Germany, Hong Kong, Singapore and a scattering of remote British Overseas Territories – there is no need to self-isolate, but a test before flying to the UK and another after arrival are still required.

Croatia, Israel, Taiwan and a number of islands including Antigua, Barbados and Madeira are on the “green watchlist”. They enjoy quarantine-free status but with the caveat that they could be downgraded at short notice to the …

“Amber list” – with the vast majority of popular holiday destinations, including Spain, France, Italy and Greece.

The “red list” is where no one wants to be – arrivals must go into 11 nights of hotel quarantine at their expense. Unwilling members include Turkey, Egypt, South Africa and every country in South America.

This week – probably on Wednesday or Thursday, 15 or 16 September – another routine traffic light review is expected. The shuffling around could include Poland and Hungary being placed on the green list, and perhaps the Maldives and Turkey taken off the red list and moved to amber.

But there is a separate and strategic review ahead: a “checkpoint” date of 1 October when the government has long said it will evaluate the system.

Leaks to the media suggest that from October, the red list will continue but green and amber categories would be combined into one “safe for travel” list, with the 62-strong red list of countries significantly reduced in the process.

Some rumours suggest that the requirement for a PCR test on arrival in the UK for fully vaccinated travellers could be dropped, saving money and hassle. But the health minister, Lord Bethell, recently indicated that post-arrival testing was a long-term plan.

The Telegraph has suggested that, under the new system, double-jabbed travellers will be able to take cheaper lateral flow tests instead of PCR tests before and after travel back to the UK, though no source was revealed.

What difference would combining ‘green’ and ‘amber’ make?

Very little. For vaccinated travellers that would make no difference at all, since both categories require two tests but no quarantine.

For the relatively small minority of unvaccinated adults, there could be a more significant change – perhaps removing self-isolation but retaining testing.

What does the travel industry think about the rumours?

Airlines, holiday companies and travel agents are underwhelmed. The leaks suggest merely tinkering with the travel restrictions, rather than aligning the rules more closely with other countries – which seek to balance the protection of public health with supporting their travel and tourism industries.

Some senior figures are calling for the pre-departure test to be scrapped for vaccinated arrivals from lower risk locations. They say that concern about testing positive for Covid abroad is a key concern among prospective travellers.

What do you think should be done?

To avoid further destruction of the UK’s previously world-leading travel industry – and to revive the near-moribund inbound tourism sector – fundamental changes are needed to end the complex, expensive, incoherent and constantly changing rules.

Testing needs to be eased – ideally with most European countries moved to “super green,” alongside Ireland. In other words, no testing or quarantine for arrivals, at least for vaccinated travellers.

At the very least, for vaccinated travellers from lower-risk countries (which includes almost all our holiday favourites), the “day two” PCR test – which must be taken on the day of arrival or one of the two following days – should be scrapped.

The 60-plus countries on the red list, requiring mandatory hotel quarantine, should shrink to a relatively small number of nations with very high infection rates, unreliable data and/or fears about variants.

Every day that the current system persists means jobs, hopes and opportunities are being crushed.

Ben Simmons reportedly done with 76ers, but coach Doc Rivers says ‘we want him back’

Mallika Sherawat says she has faced the casting couch