By Derek Lawrenson for the Daily Mail

Tournament host Danny Willett must have felt like spitting feathers rather than exchanging pleasantries after a disappointing finish to his opening round at the Betfred British Masters.

The 33-year-old appeared to be heading for the perfect start when he stood over an eagle putt at the par-five 17th for a share of the lead.

But that putt drifted six feet past the hole and he missed the one back. 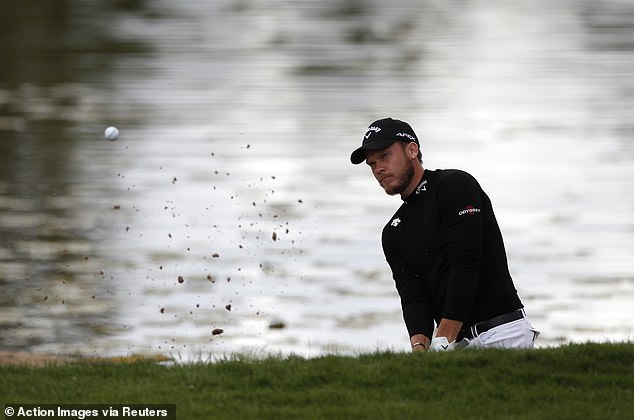 Willett then moved on to the fabled 18th hole at the Belfry and promptly hooked his tee shot into the water.

It was a sad end to a round that had promised so much more, although the man who once won an even more significant Masters title did salvage a bogey for a 69 — the same score as playing partner Andy Sullivan.

Austrian Matthias Schwab leads on six under after a 66, with Scot Calum Hill a shot behind. In a pleasing echo of the eagle that Eddie Pepperell made on his way to winning this title three years ago, the Englishman holed his second shot at the 11th on his way to a 70.

Robert MacIntyre, the highest-ranked player in the field, shot 71.

A Front-Row Seat on the Spectacle of Ice

Emily Oster Fought to Reopen Schools, Becoming a Hero and a Villain